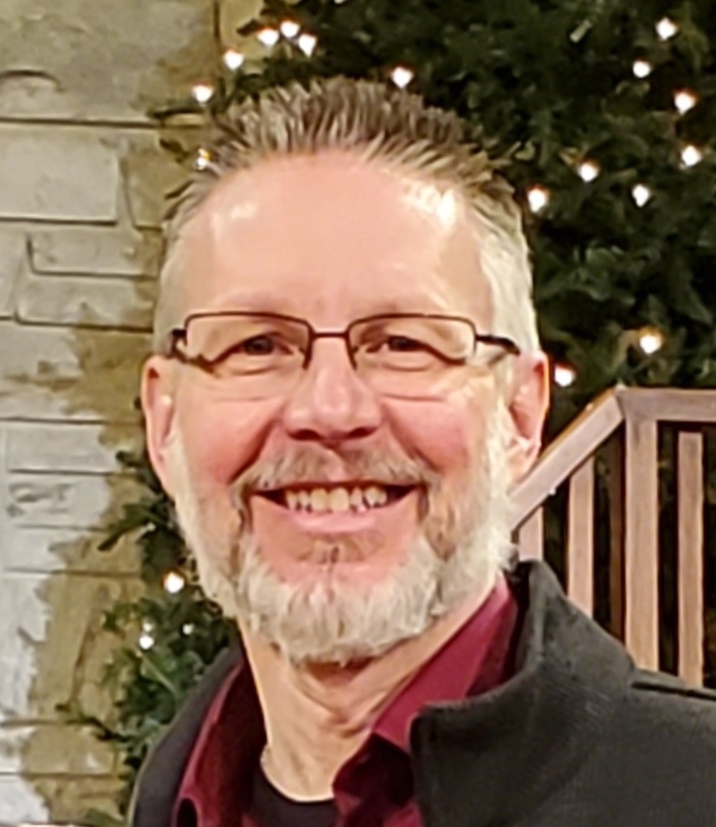 While reading "Halftime: Changing Your Game Plan from Success to Significance" and completing the "Experiencing God" Bible study, Scott became aware and convinced that there was nothing "eternally significant" about his work in the automotive industry and that God had something more meaningful for him to do.
After 17 years, Scott left his automotive industry career in 2001 because he believed God was calling him into ministry, though not sure where or in which capacity. During the transition and searching time, Scott volunteered here at Amherst Baptist, bringing his skills and training to bear on the daily needs of the ministry of the church. As this experience deepened, God made it clear that this was, in fact, the place for Scott to serve Him - as our Church Administrator (as of June 2005), and now as Co-Pastor (January 2015).
Scott's experience is rich and varied; from growing up on a Pennsylvania dairy farm to living in a German city, from playing high school sports to being a scholarship student, from engineering and business school to seminary, God has uniquely prepared Scott for His service. He was licensed to the gospel ministry in February 2003 and ordained on October 3, 2004.
Scott's wife, Laura (of 36 years) joins him in ministry and desires to see God receive glory in all that they do. They have one son, Jon (27 years old), recently married to Nicole, now living in Medina, NY.

Eric Napoli has been a part of Amherst Baptist Youth Ministry since 1982, when he was an elementary student in the Town of Tonawanda. From ten years old he grew up at Amherst Baptist Church, which at times was as much a home to him as any other place. In 1989, as a high school student, Eric felt the call to ministry and in 1991, after graduating from Kenmore East High, he began to work with the youth of Amherst.
The Lord has blessed the Youth Ministry over these 20 plus years. It has grown and brought fruit through missions and a variety of ministry by youth to their community. Amherst Baptist Church has a very balanced youth ministry which includes: exciting adventures, fun experiences with God, needed recreational activities throughout the year, in-reach times to churched youth, and out-reach to the community. Eric's vision is to love students so that they may be established in God's grace, growing in God's word, and multiplying the ministry they are gifted in. "Xpect to the Xtreme" is not only the theme of the ministry but also the credo by which it stands. "Our expectation is in the Lord of Lords! He alone is the Rock of our Salvation!" Psalms 62:5.

Read More
Eric has a deep belief that each generation of youth and children is an important part of Amherst Baptist Church and of the Body of Christ. They are right in the middle of where God is moving. Even now a new cycle of young men and women in the youth ministry are growing their hearts together and towards Christ and are setting out to forge a newly focused mission. We are willing to go wherever God would have us to go. A new spirit of momentum and attention to Christ’s work in the lives of youth is bursting out from a young group of students and is being led forward by a wonderful group of adult and student leaders. While the group is small, it is effective and far reaching in its purposes.
While youth is still a main priority of Eric, it has been a while since he has been considered solely a youth pastor. His attentions have been given over the years to college ministry, children’s ministry, young couples and young families. He feels that each group or niche of the church is vital and important and in need of pastoring and relationship. And so that is, now more than ever, what Eric sees as his ministry priority – to equip each generation to be the Body of Christ and learn to serve and minister and preach the Gospel with their lives and with their voices.
Eric was licensed to the Gospel Ministry July 6th, 1997, and ordained November 19, 2000. He finished his Master of Divinity degree at Liberty University in 2012.
He is husband to the lovely Kathryn and enjoys being father to four wonderful girls, Olivia, Anna Rose, Nicoletta and Abigail and his two sons, Samuel and Eric David Jr. His family is a major part and partner in the ministry and one will most likely see Eric with one or more of his family accompanying him on visitations, mission trips, and any other ministry he may be involved in.
Presently, Eric serves as Co-Pastor (January 2015)